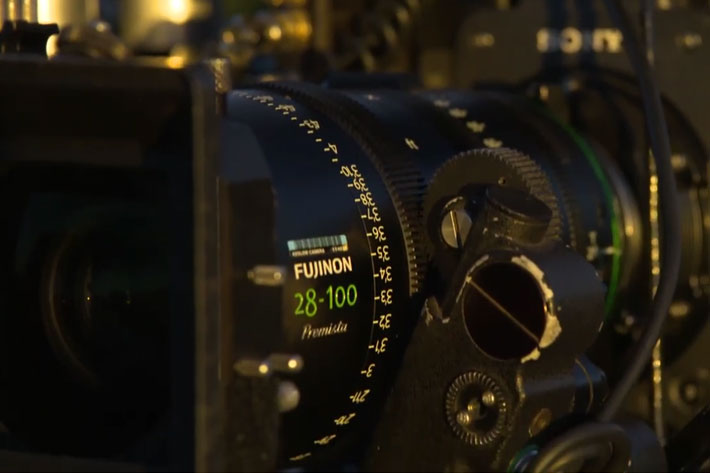 There’s nothing better to understand how lenses work than to look at a film shot with them. Debuting at Cine Gear Expo, Rhinestone Blue is a six-minute short film shot with FUJINON PREMISTA lenses.

Pair a FUJINON PREMISTA zoom with a VENICE camera and the results are of the caliber you’ll find in this six-minute film, showcasing the new line of FUJINON PREMISTA large format cinema lenses: Rhinestone Blue. Lensed by master cinematographer Tobias Schliessler, ASC, and directed by Schliessler’s daughter, Aisha, the film will premiere at this year’s Cine Gear Expo on the Paramount Studios lot in Hollywood. The screening is set for Saturday, June 1, 2019 at 11:30 a.m. at the Paramount Theatre, and will be followed by a Q&A session with the filmmakers.

According to director Aisha Schliessler, “Rhinestone Blue is drenched in a feeling of classic Americana – with a twist. We follow an aging cowboy who sets out to compete in a small-town talent show. When his plan goes awry, he’s left to win something much more meaningful.” The film was produced over the course of three days, with shots designed to put FUJINON’s 28-100mm PREMISTA zoom lens through its paces, using Sony’s large-format VENICE camera on as many camera platforms as possible. 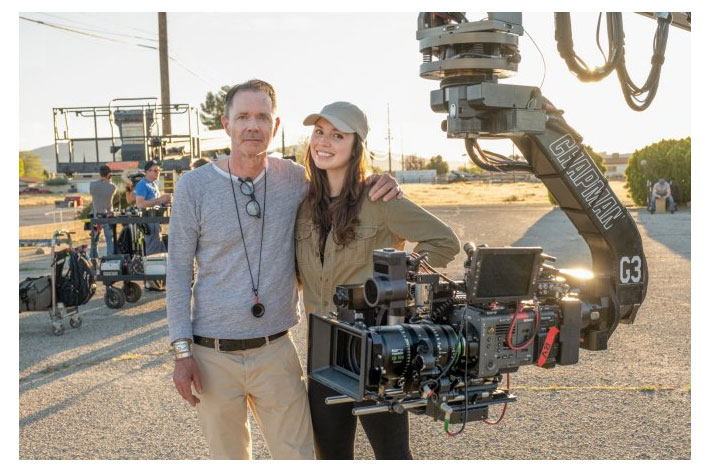 Beauty of the lens

“At the same time, we wanted to hold on to static shots long enough for the viewer to study the beauty of the lens,” says Tobias Schliessler. “We also included as many different lighting situations as possible, with low- and high-contrast settings and opportunities to show the color characteristics of the lens. I was very impressed with how the PREMISTA, in combination with the VENICE, captured color nuance.”

The Premista 28-100mm is a standard zoom lens that covers 28-100mm focal lengths. Since this range is normally covered by six different prime lenses, this lens can save significant time on the set, especially when the camera is on a crane or helicopter and access is difficult. A new 13-blade iris allows for a pleasant bokeh effect, and a wide dynamic range of light can be captured thanks to dedicated optical design that suppresses unwanted flare and ghosting. Thanks to its large-diameter aspherical lens elements and new focus/zoom system, the PREMISTA series achieves stunning optical quality from the center to the corner at all focal lengths. The lens weighs only 3.8kg/8.3 lbs., yet is still very durable, allowing professional use even in harsh conditions.

“I’ve been a fan of the FUJINON Zoom lenses since my first experience on Lone Survivor, where I used the 19-90mm Cabrio and the Premier zooms for the first time,” says Schliessler. “I have since used them on all on my spherical feature films and commercials. I am happy to have the PREMISTA for my large format work. The lens has the same contrast, sharpness, color characteristics, quality, and lack of lens breathing as the Premier zooms.”

FUJINON’s PREMISTA large format cinema zooms are the culmination of 20 years of high-quality cinema optics design and manufacturing. The list of cinematographers who, like Schliessler, choose FUJINON lenses is robust, including the likes of John Toll, ASC; Tom Sigel, ASC; Claudio Miranda, ASC, Linus Sandgren, ASC, FSF and many more. 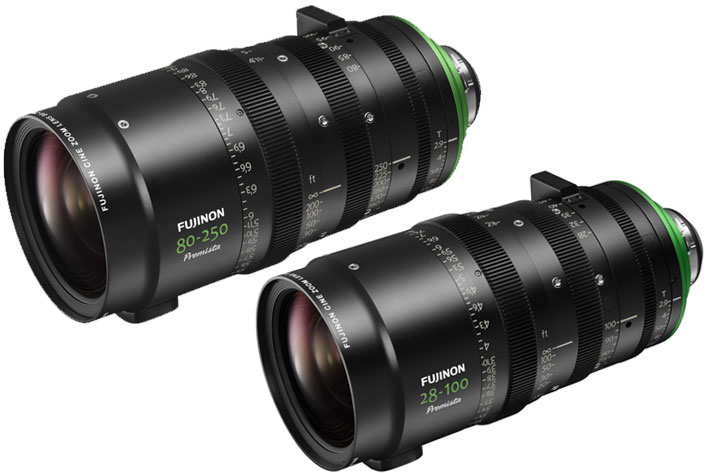 “We’re thrilled to present Rhinestone Blue to the filmmaking community,” says Tom Fletcher, director of sales for the Optical Devices Division of FUJIFILM North America Corporation. “Tobias and Aisha have created a visual treat that shows what the Premista lenses are capable of in the hands of true artists. We can’t wait to show off the results to the discerning eyes at Cine Gear Expo.”

The Cine Gear premiere is part of a “Presenting Premista” tour that invites filmmakers to see, touch and test FUJINON’s 28-100mm T2.9 Premista large format cinema zoom lens, and eventually the 80-250mm, as well. Events have been scheduled at Sim in Vancouver; William F. White in Toronto; TCS, ARRI Rental, and AbelCine in New York; PC&E and John Sharaf Photography in Atlanta; and AbelCine and Panavision in Chicago. More events will be announced by FUJINON.